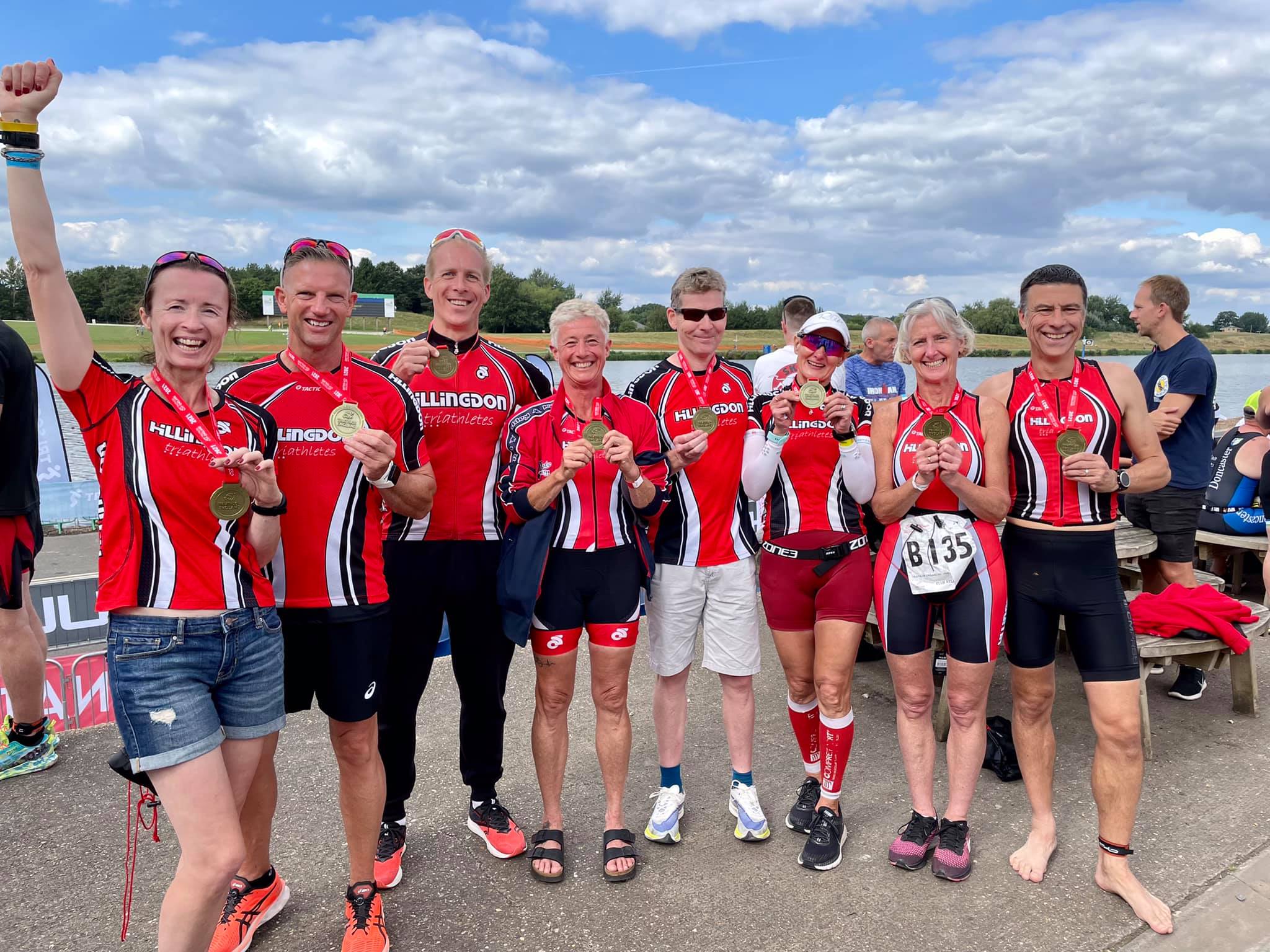 For those of you on Social Media, you couldn’t have failed to notice that Bank Holiday weekend was National Relays weekend!

We mentioned before about wanting to take over Nottingham? Read on to find out more….

Our advance party of Jacqui, Zoe, Captain JT, Rob, Lesley & Boo went up on Friday night to organise/construct base camp, in the most advantageous position.

Sandwiched between the beer van & the Huub stall (sorry Rob), Hillingdon Tri HQ was the envy of all the other clubs.

Some truly awesome first leg swims in the ‘Washing Machine’ got all teams off to a great start, sub 9 mins & a sub 8 as well. Flipper would’ve been proud. 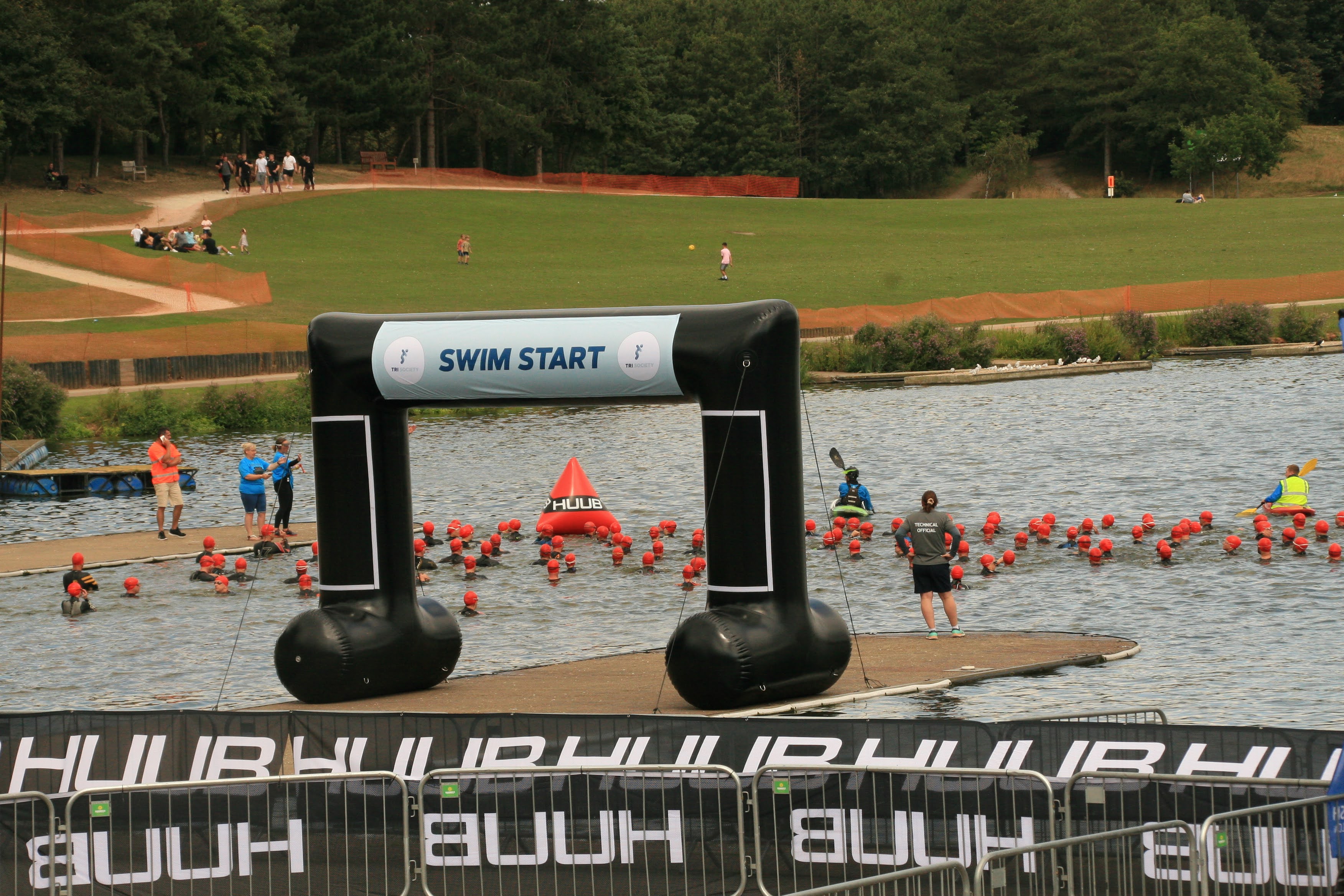 On to the bike, 3 laps of pan-flat full gas bikes! The heart rates were well & truly up now. All the BTF teams from all over the country were battling it out, the leads swapping after each team member had beasted themselves  for the greater good!

And so – to the Money maker. Bikes for show, runs for dough. Who had anything left?

Well it turns out that both Men’s & Women’s 50+ had the walk as well as the talk. 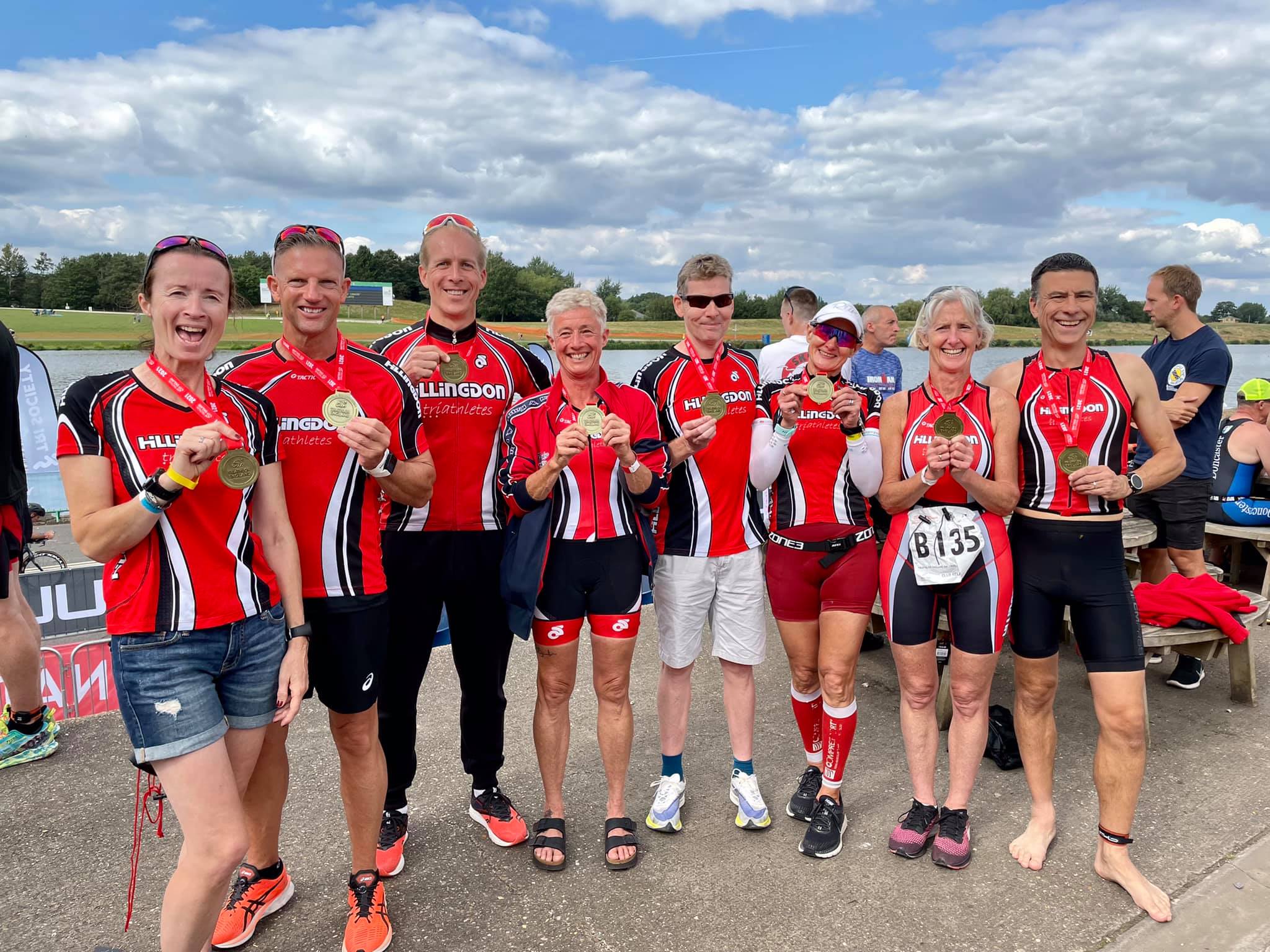 How proud are you of our club that we earned TWO gold medals, against the cream of the UK Triathlon scene?

To the victor, the spoils.

Our other teams were sooooo close as well, the 40+ finished 4th (late injury to Simon otherwise a podium would’ve been assured) & the other teams putting in a strong show against some of the country’s A-Teams.

The morning’s racing was finished – the afternoon captains & teams were starting to arrive on site, ready to register their teams, seeing the looks of glory on their team mates faces, can’t help but be inspired!

The Open Category & one more BTF cat for the Hillies.

Seven more teams, each with their hopes & dreams, fears & nerves….

The banter was strong but good-willed. The support was phenomenal.

The relays is all about club togetherness, and nowhere was this more apparent that rival inter-club teams sharing tactics & opinions on how to take on the UK’s Tri teams (thanks Natalie for clearing up my transition misunderstanding!)

(Wet)suited and booted, the red hats were ready to go for the first wave of the swim. Think MMA v 6 Nations, in a wetsuit, whilst swallowing swan poo & reeds. Nice.

The bands were swapped over between team mates, transitions were fast & furious – it didn’t matter that you had rest between each discipline – the nerves were still keeping you on the racing edge! That Hay Bale wasn’t going to stop you! 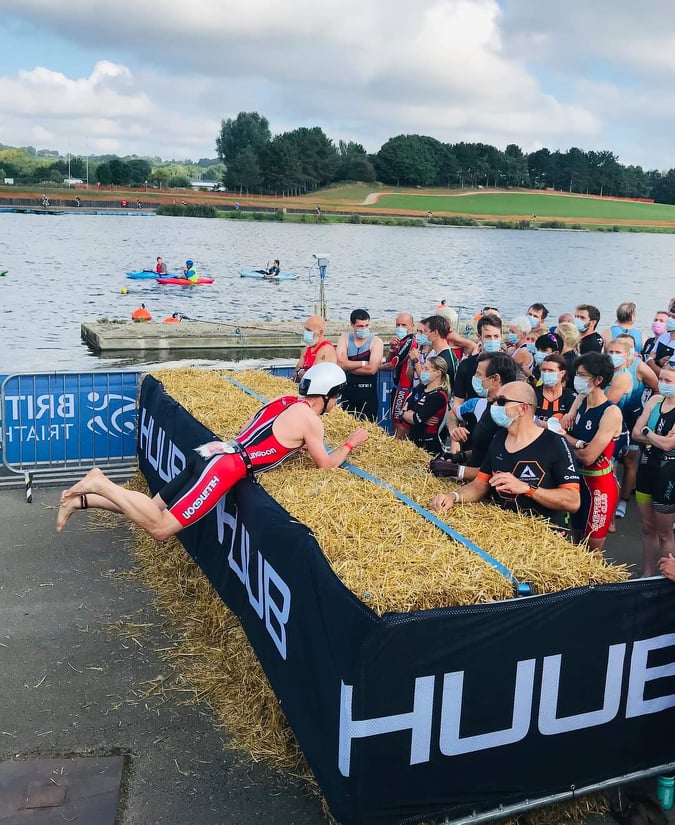 On to the bike, and did anyone say Pink Panther? We had two of them – Chris & Mike! 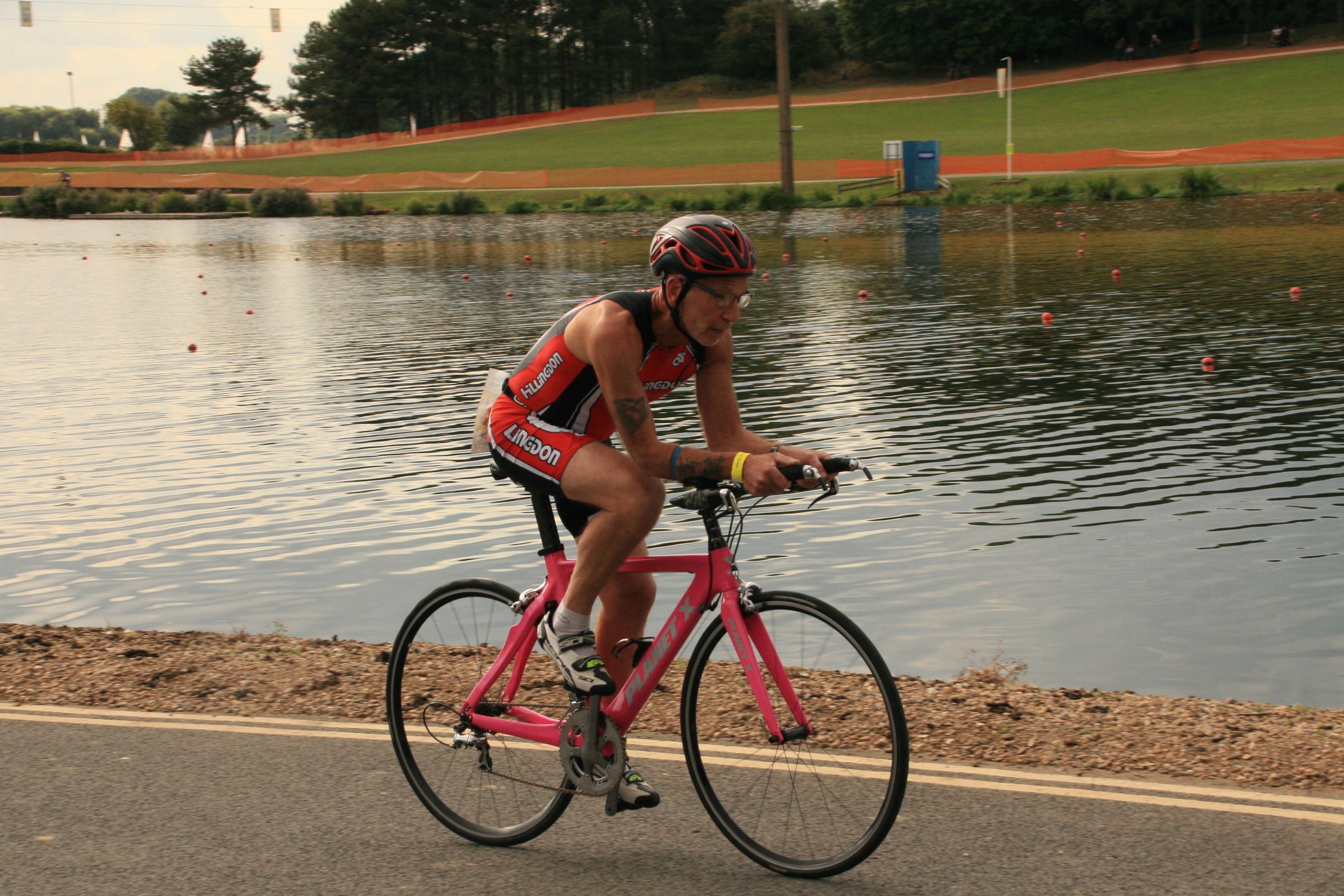 The rubber had hit the tarmac – the show was over – it was time for the runners to step up.

And step up they did – Most people aimed for PB’s & in the main achieved them, but Angie absolutely smashed hers!

COVID Compliance was on everyone’s mind, but Dan took it a little too far….. 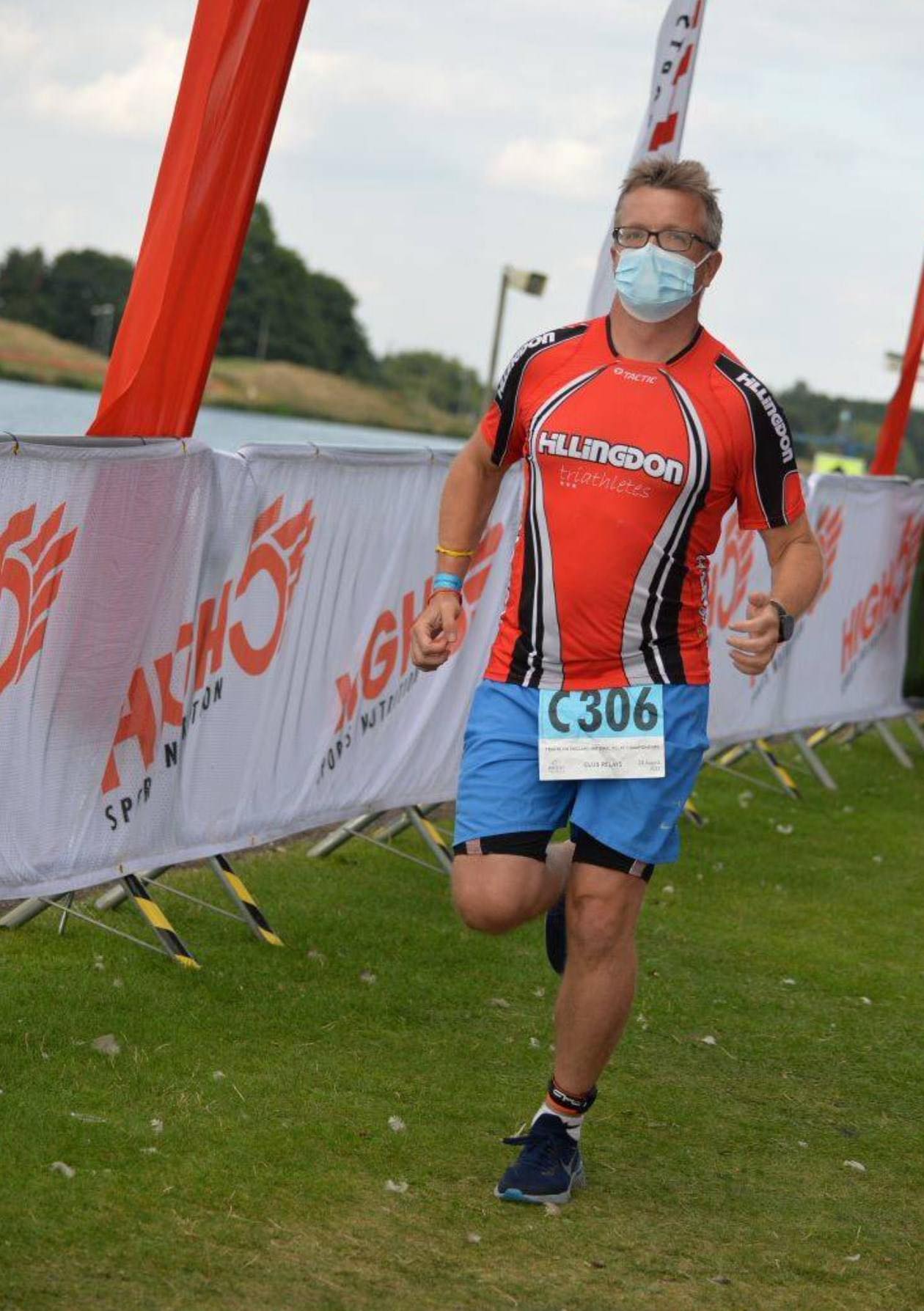 Some ‘Rival’ teams were all smiles though… 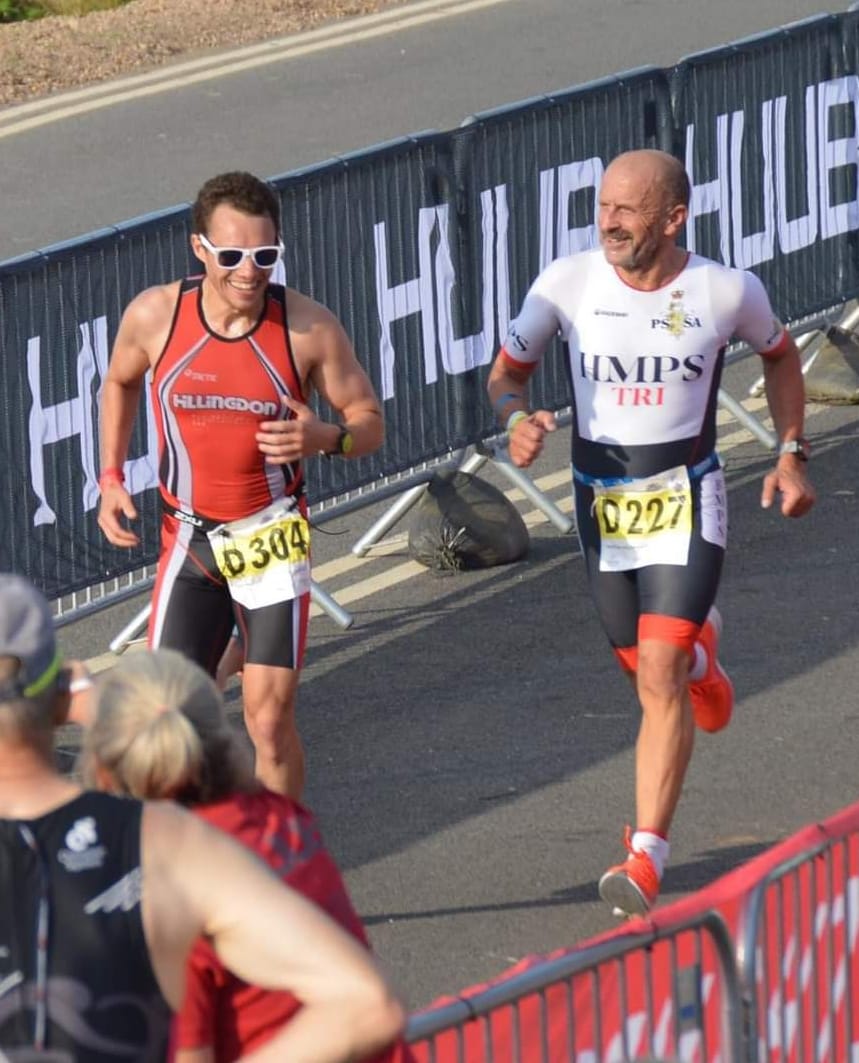 And we couldn’t finish up the run section without mentioning Rowan ‘Usain’ Mangion – a sprint finish to explain where all the Red Bull had gone…..

We didn’t expect any more running after the final whistle, but we were to be surprised one final time – the beer van ran out of beer!

And so after a long day (weekend for some), it was time to deconstruct the Base Camp, pack it into Jacqui & Boo’s transporters & head on home.

The Guts, the Glory, the Hoodies….

Thanks to all who made it possible with the behind the scenes work to organise this rabble into a well-oiled machine! -  John, Lesley, Jacqui & the whole committee.

Until next year….. Grimsby Tri – you have been warned……

Club of the Year